Hello my lovely people~
Today, I have a short review on Maybelline’s NEW MATTE blush stick in Golden Thorn.

I bet most of you guys are familiar with the original master blush sticks from Maybelline. The originals were pretty popular, but those have shimmers. Since one of the most popular makeup trend of 2015 is having a natural matte face with minimum of shimmers and glow, Maybelline realized a new MATTE version of their original blush sticks this spring! At the same time, Nars realized a new MATTE version of their popular multi-purpose stick, The Multiples.
Let’s see whether the new matte blush sticks from Maybelline could be a dupe for Nars’ matte multiples!

I got 104 Golden Thorn to use it as a bronzer. It’s a highly pigmented sandy brown shade with little bit of orange/red undertone. Generally, bronzers with orange/red undertone doesn’t match my natural skin tone, but this product doesn’t look off on my skin!
FYI, Golden Thorn is 1-2 shades lighter than Nars’ Laguna, and also have much lesser redness. So Golden Thorn will a better option than Laguna for people who have fair – light skin tone.

Texture is very silky and smooth! Even though I have rough and dry skin, it didn’t flake off nor dried out my skin! 😀
It goes on VERY smoothly, and it is very easy to blend!! Even with your fingers, you can easily get your desired look! 🙂

Overall, I really like this product.
I’ve been using this product almost every single day for past 5 weeks. Also, it can be use as an eyeshadow as well. On the days when I want to have a warm neutral brown eye makeup, I use this product as a base. I personally like it more as an eyeshadow than as a bronzer.
Since the color is not exactly the same as the Laguna of Nars’ matte multiple, it’s hard to call it as a perfect dupe. But considering all the factors (price, color, use, lasting, and etc), I prefer this Maybelline product a little more than the Nars one. (FYI, Nars’ multiples are ~$39, and Maybelline blush sticks are ~$8-9) 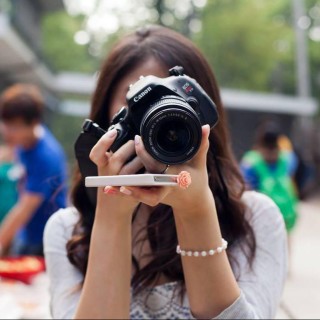